ICAS is preparing for the International Amateur Games WGA2022-RUSSIA. Athletes from Russia, China, Kazakhstan, Belarus, Latvia, Lithuania, Italy, Great Britain, Germany, France, Australia and other countries will take part in the competitions. The program of the Games: football in 8X8 format, futsal in 5×5 format, swimming in the pool, swimming in open water, tennis, wushu, table tennis, volleyball, basketball, other sports. The venue of the Games is subject to approval. Possible cities: Kaliningrad, Moscow, Kazan. The exact time and place of the Games, the start of registration will be announced later.

to see the video

The International Council of Amateur Sport  ICAS is an organization established in 2016, whose activities are aimed at the development of international cooperation in the field of mass amateur sports. The founding document of the Organization is the Worldwide Charter for Amateur Sport, signed in Rome on 3 August 2017 – the Roman Charter. The principles of the Charter are the unification of sports amateurs all over the world, the development of mass sports, the strengthening of friendship and mutual understanding between amateur athletes, regardless of age, gender, race, religion or sports status, the development of international relations between sports organizations, the promotion of a healthy lifestyle.

ICAS is a sports organization, which includes athletes amateurs and organizers of competitions in the field of mass sports. For the period from 2017 large international competitions were organized:

The FIRST EURASIAN GAMES ICAS, ANTALYA 2018, 04.29-08.05.2018. Sports and participants: 21 football teams, mini-football on the grass format 8Х8, 370 volleyball players (beach volleyball) and 70 tennis players. Total number of participants and guests: 800 people. The number of registered players in all ranks and nominations: 700 people. Country Representation: Russia, Turkey, Armenia, Germany, Belarus, Georgia, Ukraine, France, Latvia, Lithuania, Finland. The number of sports fields used for competitions: Football fields: 2 fields 105×68 , divided into 4 fields under the format 8×8; Tennis courts: 10 courts with artificial turf, 4 courts with ground cover ; Beach volleyball and tennis courts: 25 16×8 courts  sand. The number of game days of competition: 7 days. The total number of personnel involved in the Games: the organizing committee, judges, medical personnel, photo and video operators, volunteers (excluding hotel staff) – 25 people. The hosts at the Games were hotels that provided sports facilities and accommodations of participants and guests with all-inclusive meals, as well as airport-hotel-airport transfer services on a commercial basis. The competition was sponsored by the following companies: VTB Bank, Komus LLC, FomLine LLC, Marvel-Distribution LLC. These companies provided financial support to a number of teams for their participation in the Antalya 2018 Games, as well as technical support in the preparation and conduct of the Games.

You can see the full information about the Antalya Games 2018 here: 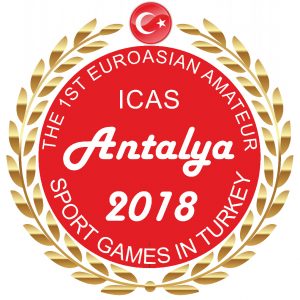 From October 13 to October 19, 2019 in China, Wenzhou hosted the International Amateur Games “One Belt – One Way”, BRWAG2019. The competition was organized by the International Council for Amateur Sports ICAS (Director General Alexei Polyushkin), the Center for International Sports Exchange of the Ministry of Sports of the PRC and the Sports Department of Wenzhou.

The nine millionth Wenzhou on the shores of the East China Sea has created truly excellent conditions for the Games: the Olympic Sports Center with an indoor soccer field with stands for 5,000 spectators and a 50 meter pool, the International Tennis Center, 5 and 4 star hotels for accommodating participants, including three food. The organizers prepared an extensive cultural program consisting of the Games Opening Ceremony and a banquet at their end with performances by national music and choreographic groups, entertainers, with a sumptuous menu and service, city tours and a historical reserve outside Wenzhou, rafting on the mountain Nancy River, a laser gala show on the Wujiang River. The Chinese partners ensured the highest possible level of preparation for all the events with which our sports lovers had hardly met anywhere else.

The games included competitions in three sports: football in the hall (futsal 5×5), swimming, tennis. More than 300 athletes took part in all categories and nominations, of which 120 sports enthusiasts from Russia, Kazakhstan, Belarus, the Czech Republic, Israel, Pakistan, who arrived at the invitation of ICAS, and about 200 Chinese athletes. All sports and cultural events were covered in the press and on television, there were direct reports from sports grounds. The winners of the football competitions were the Russian team, out of 58 sets of awards in swimming, more than 35 gold medals also went to the Russians, the first place in the team classification at the tennis tournament was taken by the team from China. The youngest participant in the Games was 13 years old (futsal, Pakistan), the oldest was 79 years old (swimming, New Caledonia).

The main result of the Games was the stunning impressions of all the participants left from Wenzhou, from the people and from the country who so warmly received them. Many saw for the first time how it is possible and necessary to prepare and conduct such competitions when so much honor, respect and care are shown to each amateur athlete. Everyone could feel like a hero of the day, which undoubtedly became a great incentive to continue to engage in your favorite sport and achieve even higher results.

ICAS is preparing new international amateur Games in 10 sports to be held in the summer of 2020. in Russia. One of the candidates for the role of the host city is considered the city of Moscow and the city of Kazan. Information on the results of BRWAG2019 and the preparations for the 2020 Games is available on icasworld.org. We will be glad to see everyone at this sports festival! 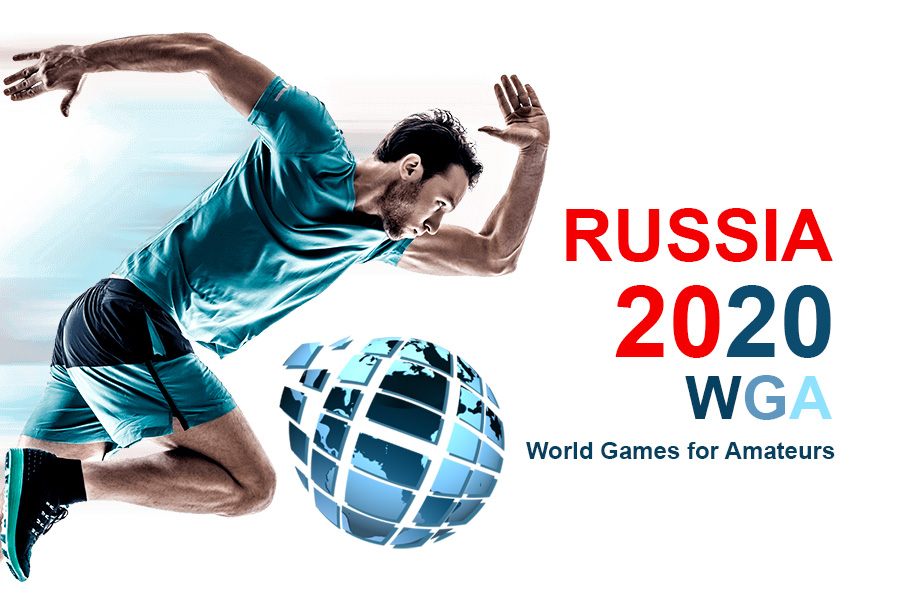